We have heard from a number of friends thinking we have been kidnapped – nope, we have been enjoying having guests on board for 3 weeks.
One thing that a friend had recommended, that we did, was to experience the True Bahamian Food Tour in Nassau. This is a walking tour of 6 local restaurants and during the tour they explain the culture and customs behind each establishment and also the food that the served us. All were sampling sizes but by the end of the 3 hours we were pleasantly full. At the spice place everyone in our group “tapped out” long before Roxanne and I, on the increasingly spicy hot sauces -  the Mants take first place!!
We have explored the Exumas – Allens Cay to see the iguanas... 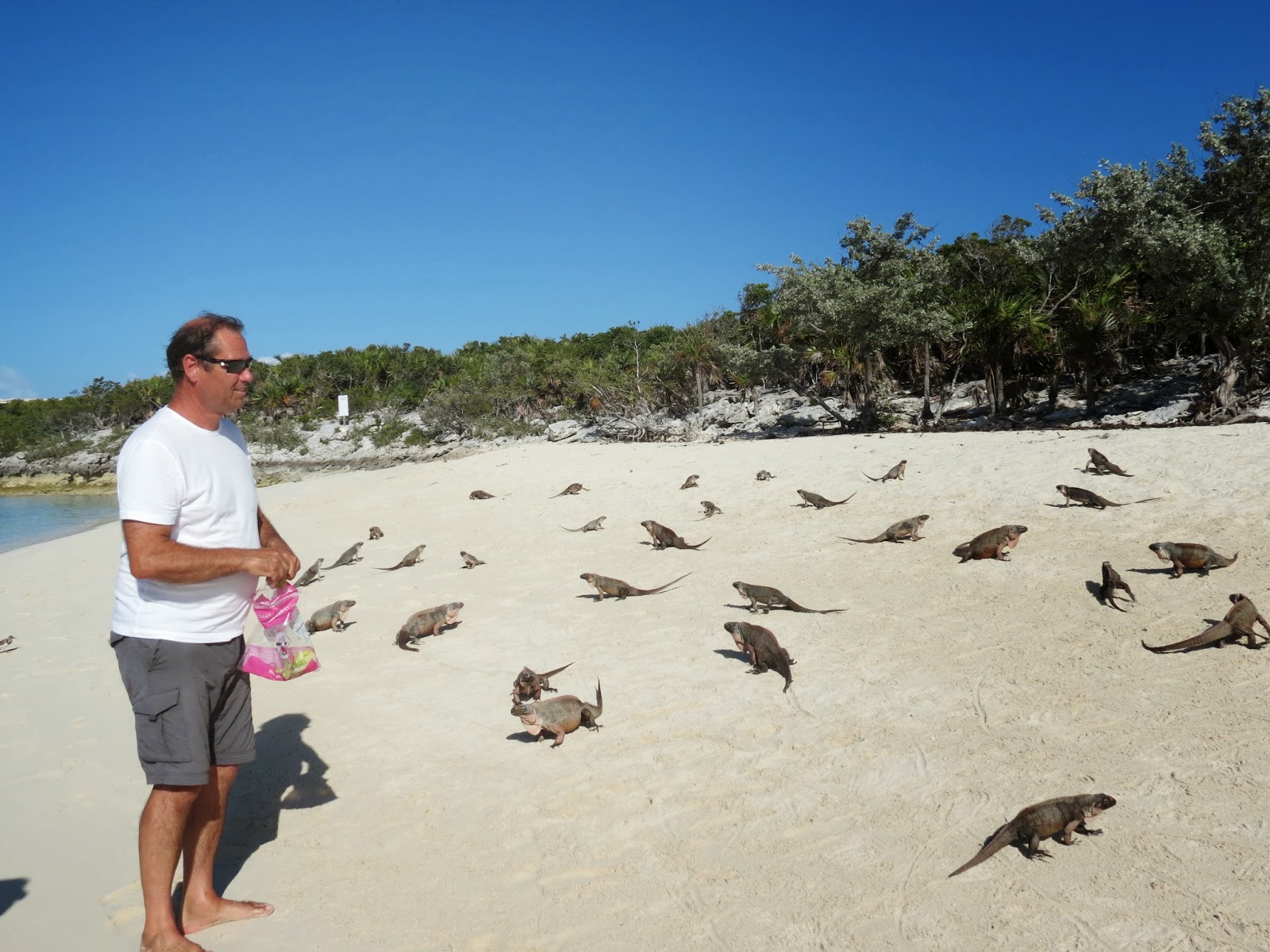 Warderick Wells where we always enjoy the snorkeling and the hiking paths. It feels good to get off the boat for a few hours and hike. 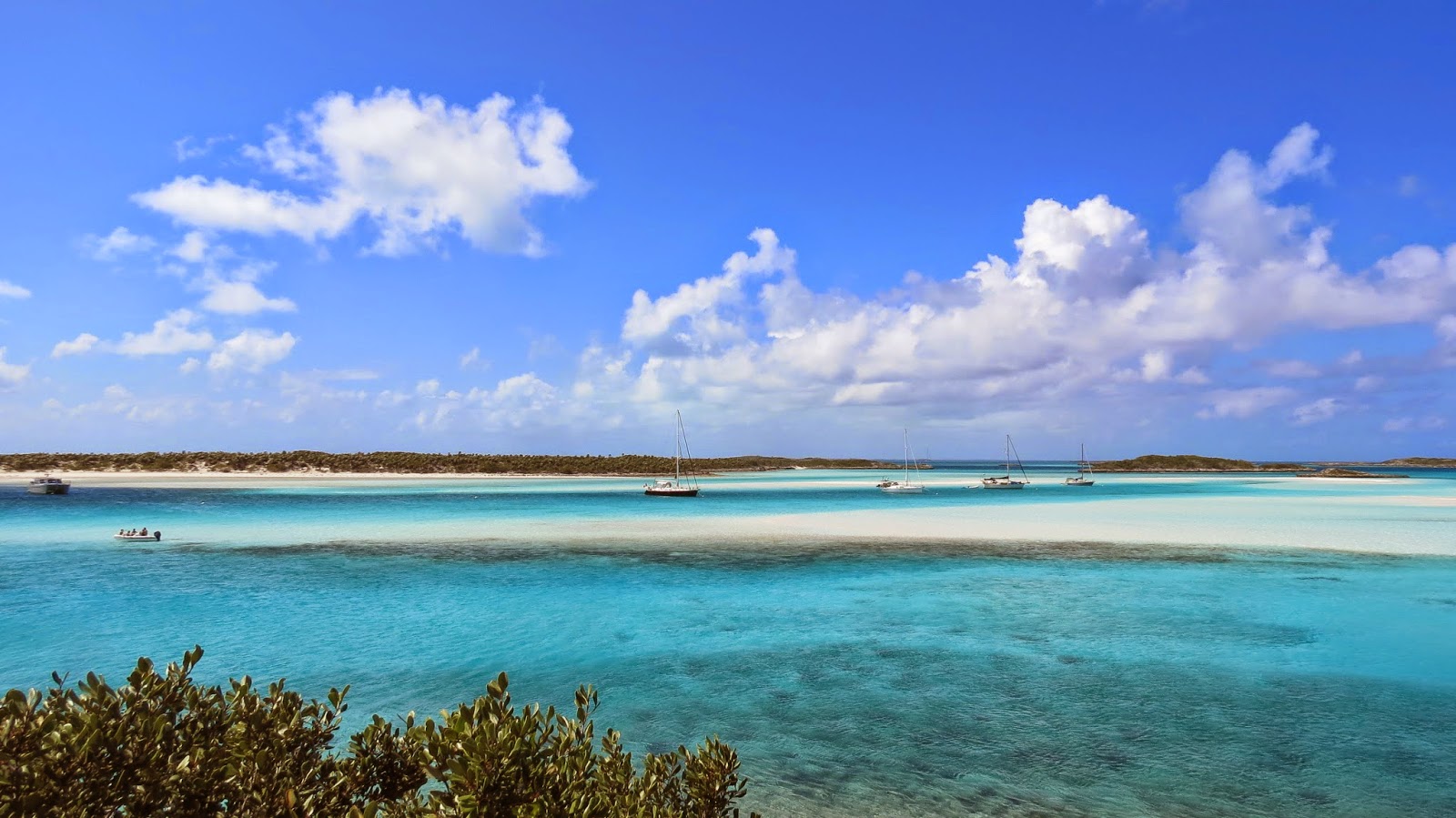 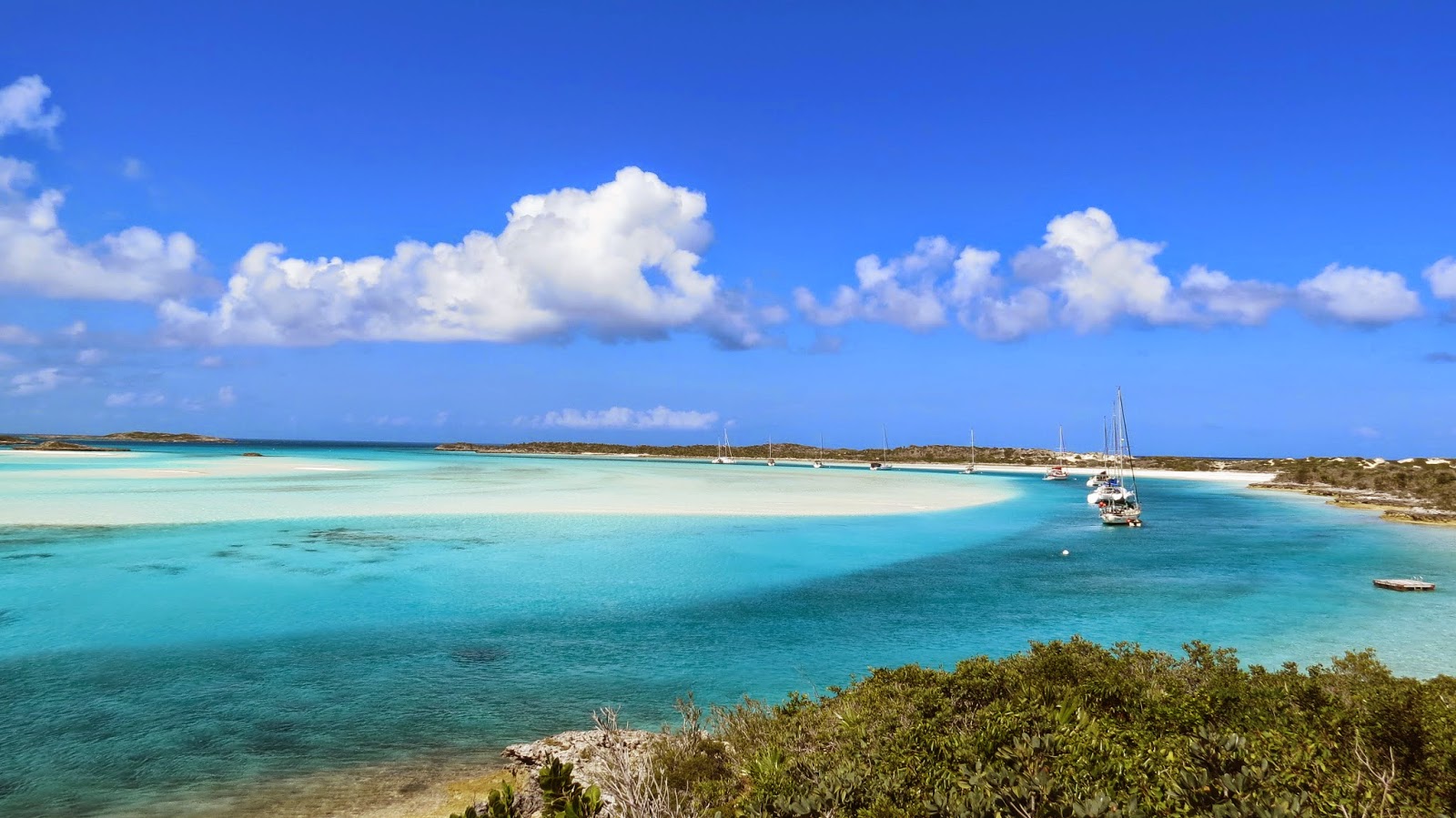 Another favourite stop is Thunderball grotto at Staniel Cay where a few scenes of the James Bond movie of the same name were shot. The marina at Staniel Cay Marina has had a complete facelift since we were last here, the restaurant is spectacular and the meal prices are the least expensive we have seen anywhere here. At Big Majors we took the dinghy in to see the swimming pigs – WOW – there were about 10 pigs on the beach of various sizes and yes, they still love peanut butter sandwiches!! We have never seen so many pigs – me thinks there will be a màchoui / piggy roast at the local restaurant soon! 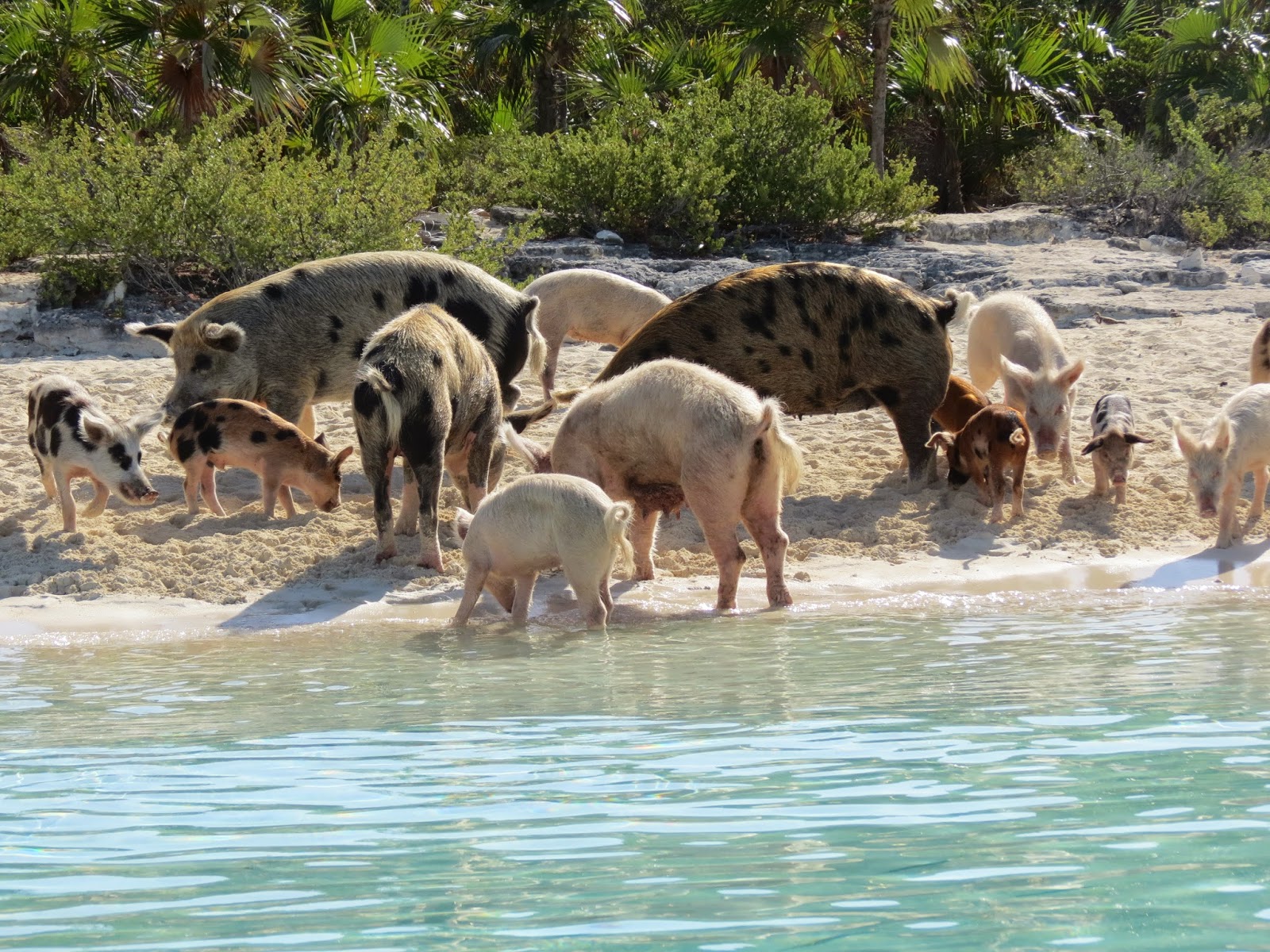 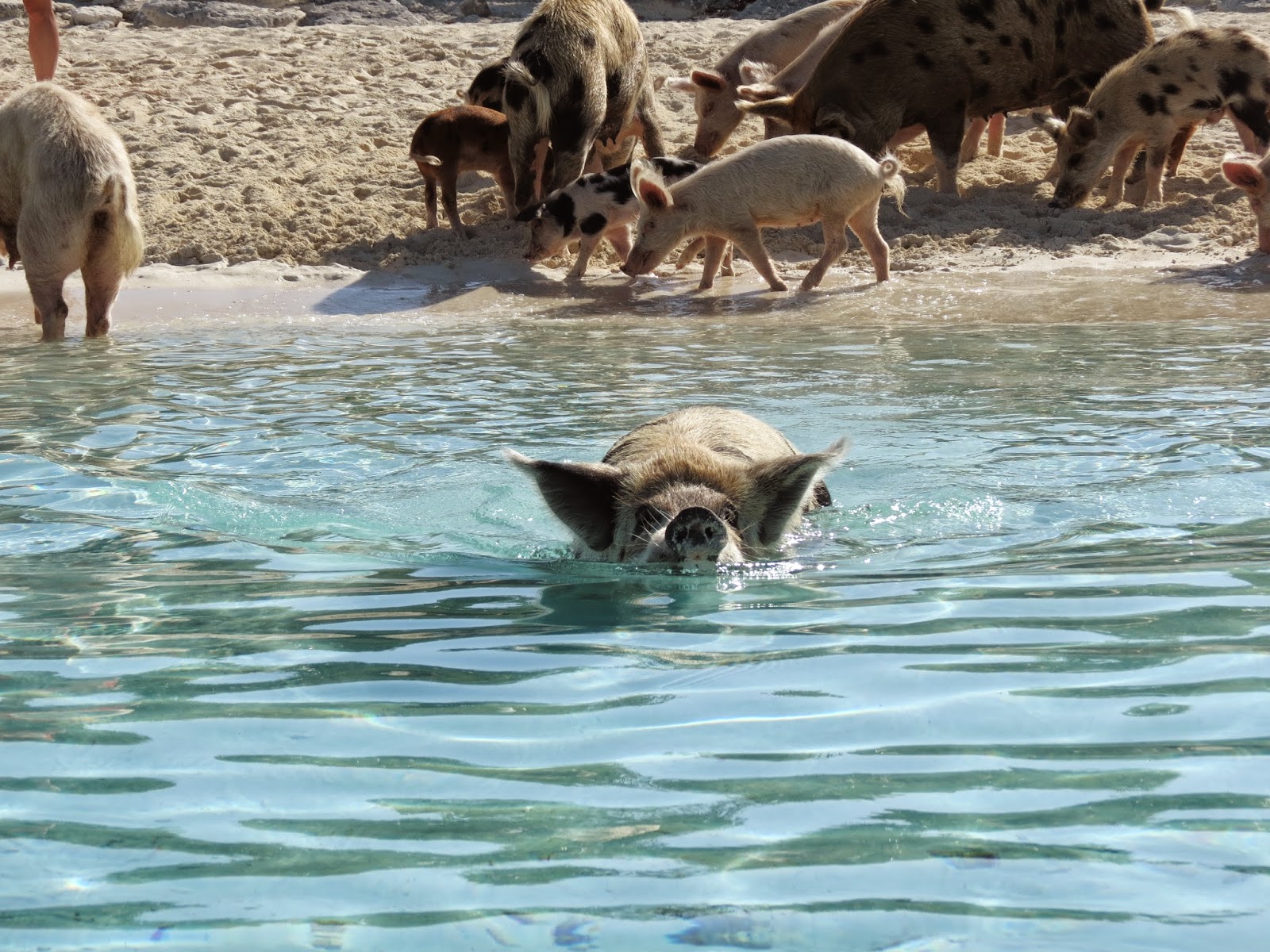 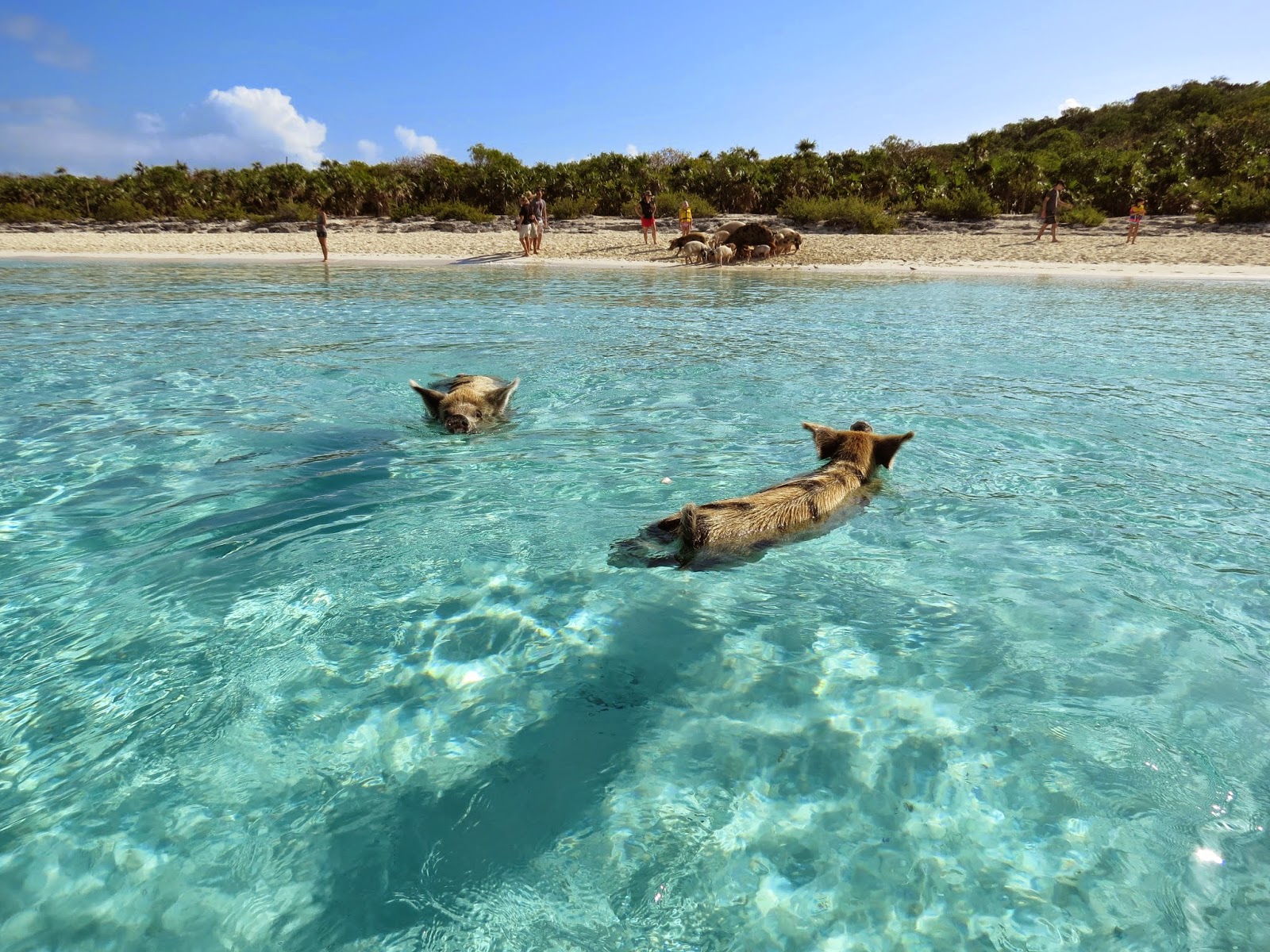 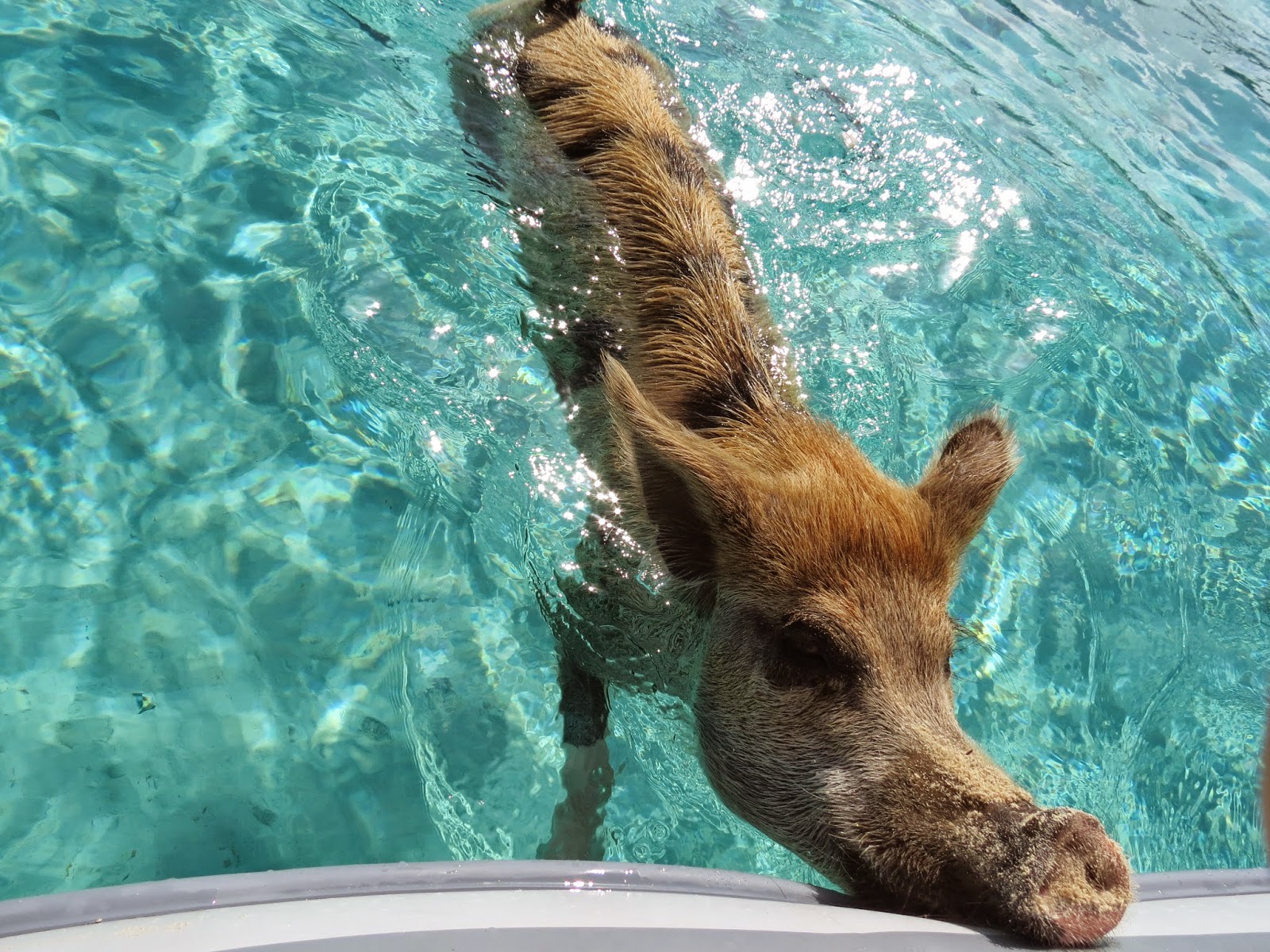 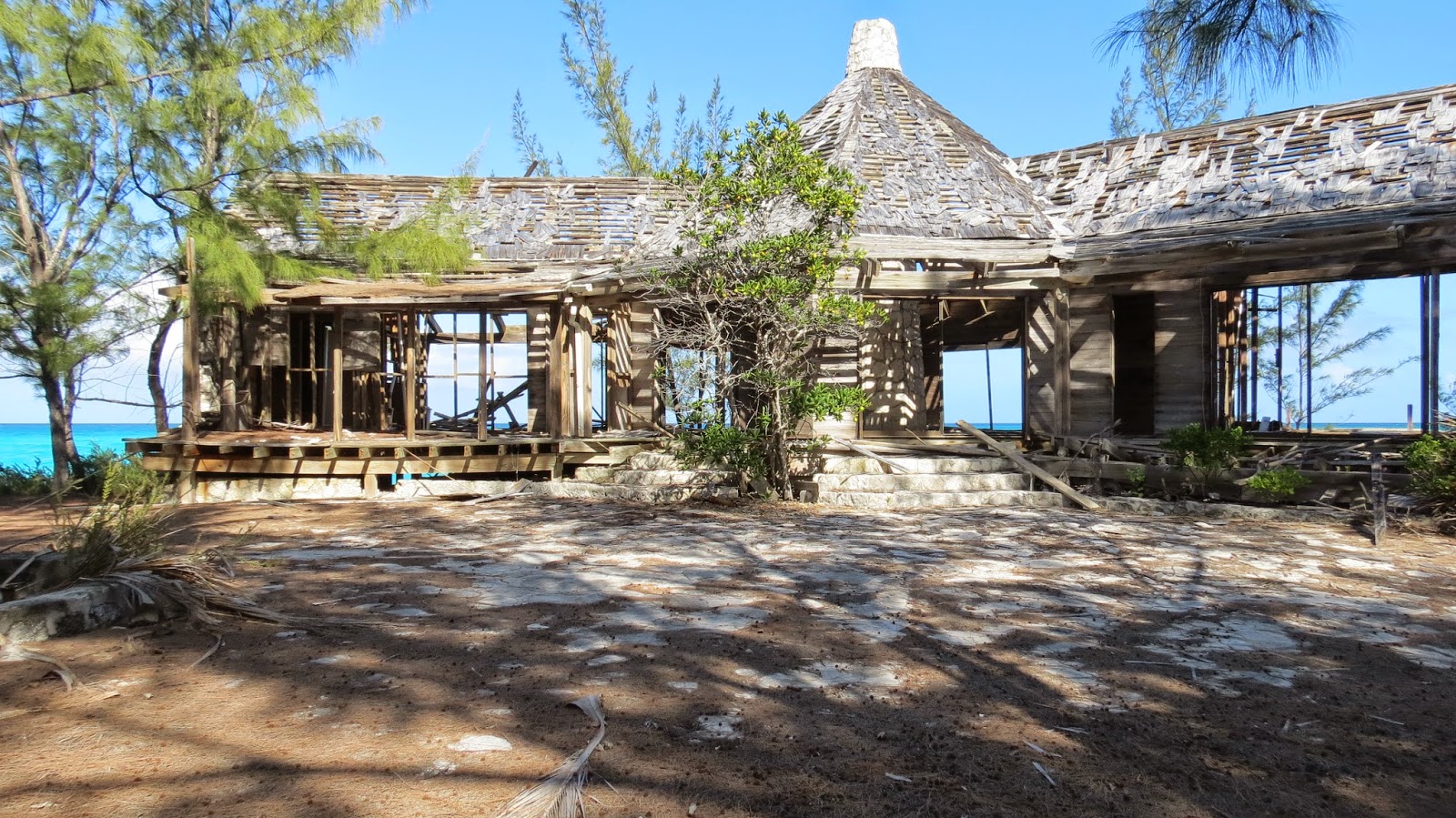 before the DEA and Bahamian government seized his holdings and took back the island, in the early 80’s. We trampled through the bush to find a houseboat dropped on the rocks up on a hill – the story goes that Carlos asked the owner to leave the island during the drug days and the owner refused – Carlos used a crane to lift the fellows boat out of the water and carry it up the hill, before unceremoniously dropping it on the rocks and suggesting to the owner, that the next flight out was probably his best choice! 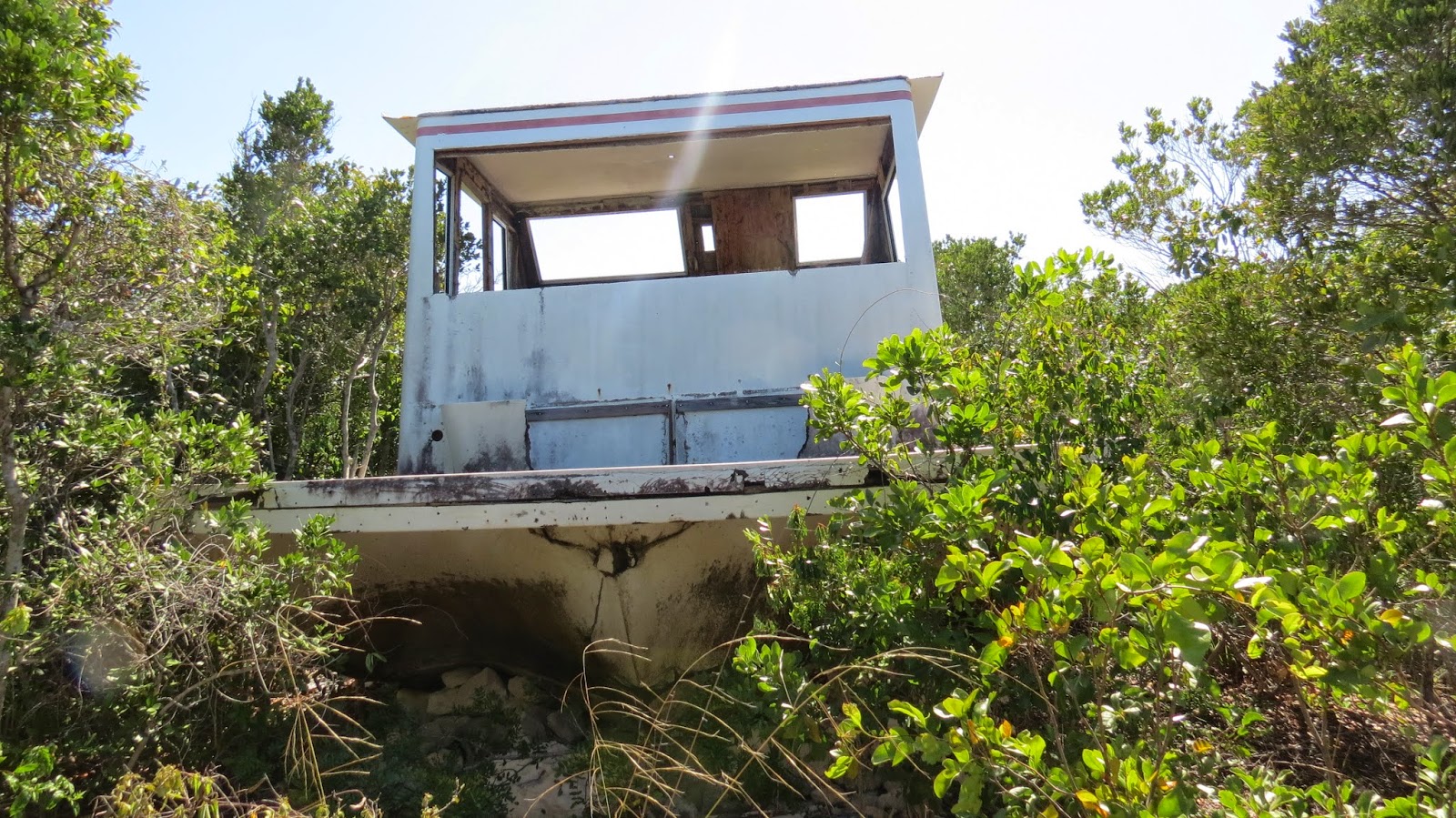 Snorkelled around the ditched plane (I think it is an old DC3) from the drug era. 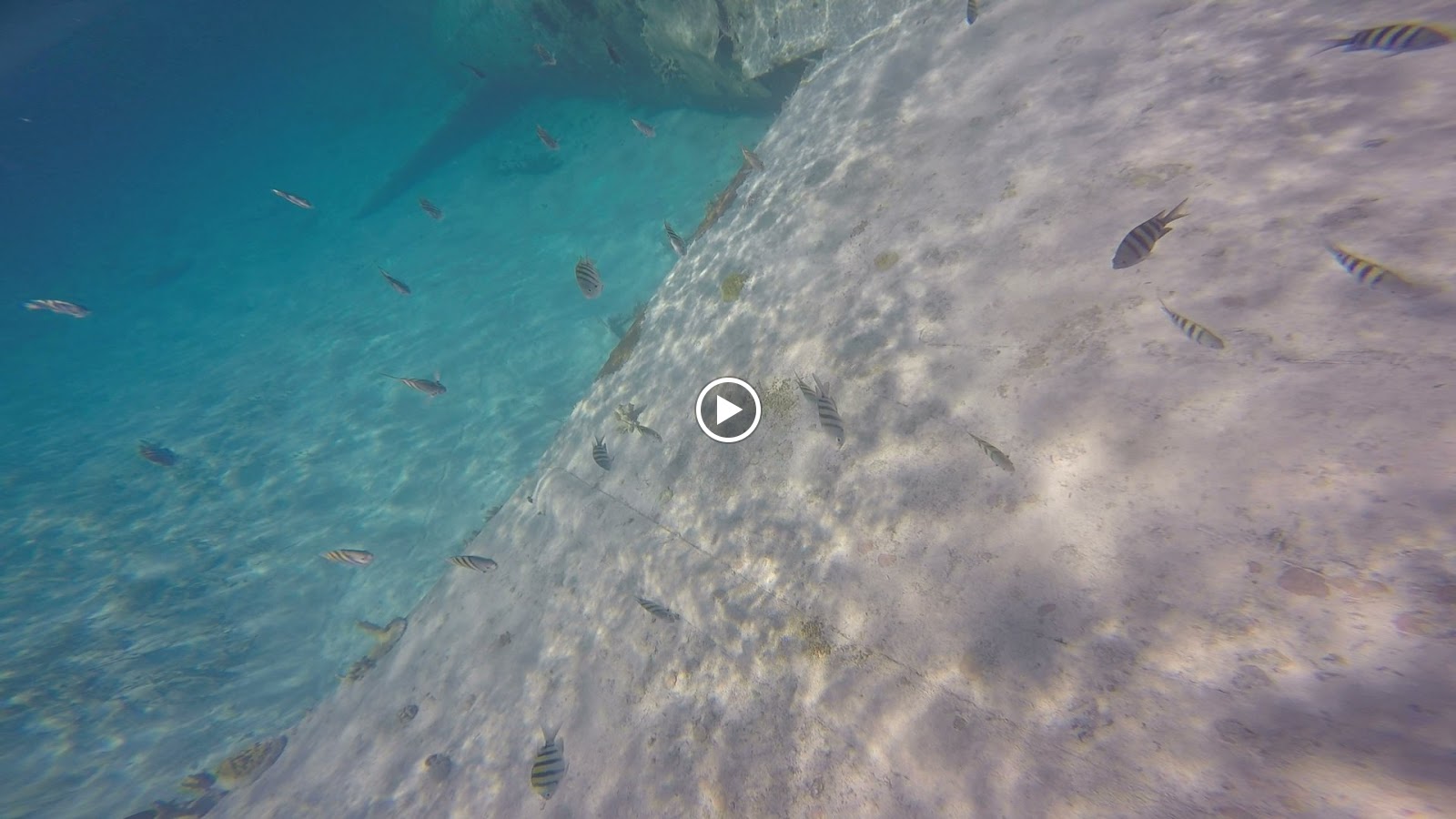 Had a fantastic swim at what are probably two of the best beaches in the Bahamas – the north and south side of Whales Tail. 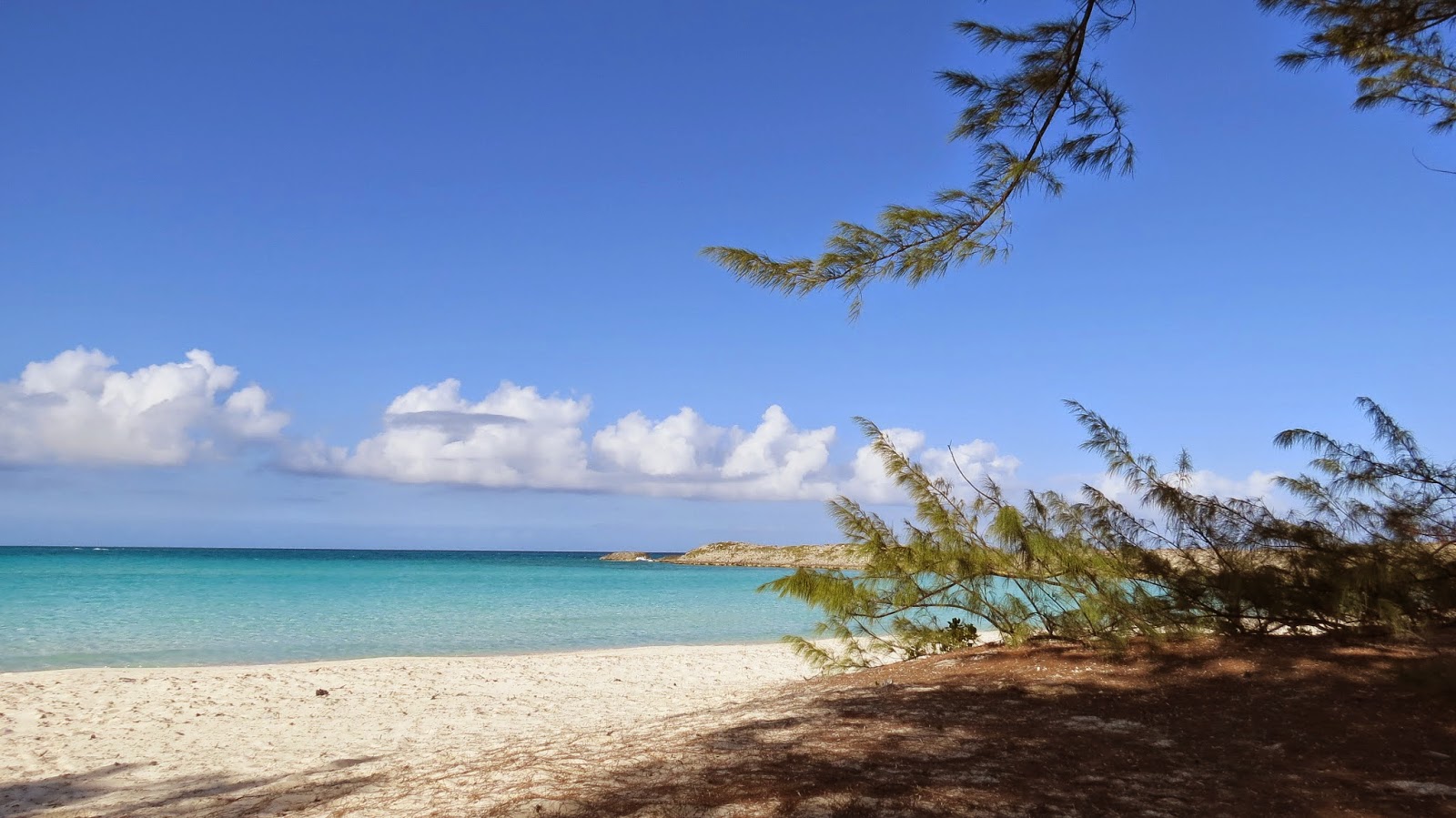 Not a soul around – the sand is like flour – gentle surf – WOW!!

The new owners of the southern end of Normans Cay have really destroyed the charm of the place. The runway has been widened dramatically and lengthened to allow small jets to land. This necessitated surrounding the runway with a 6’ high chain link fence. To get landfill to complete the runway extension, they have dug what is supposed to be a new marina that is not near completion and the excess sand is piled in two huge sand dunes, visible from miles away. All this and they still only have 3 beach houses and the old McDuff’s restaurant, which is infrequently visited by boaters, now that the prices have skyrocketed. So sad.

Landed our first Mahi Mahi fish of the season – filets look great – apparently I did not completely loose my finely honed technique. 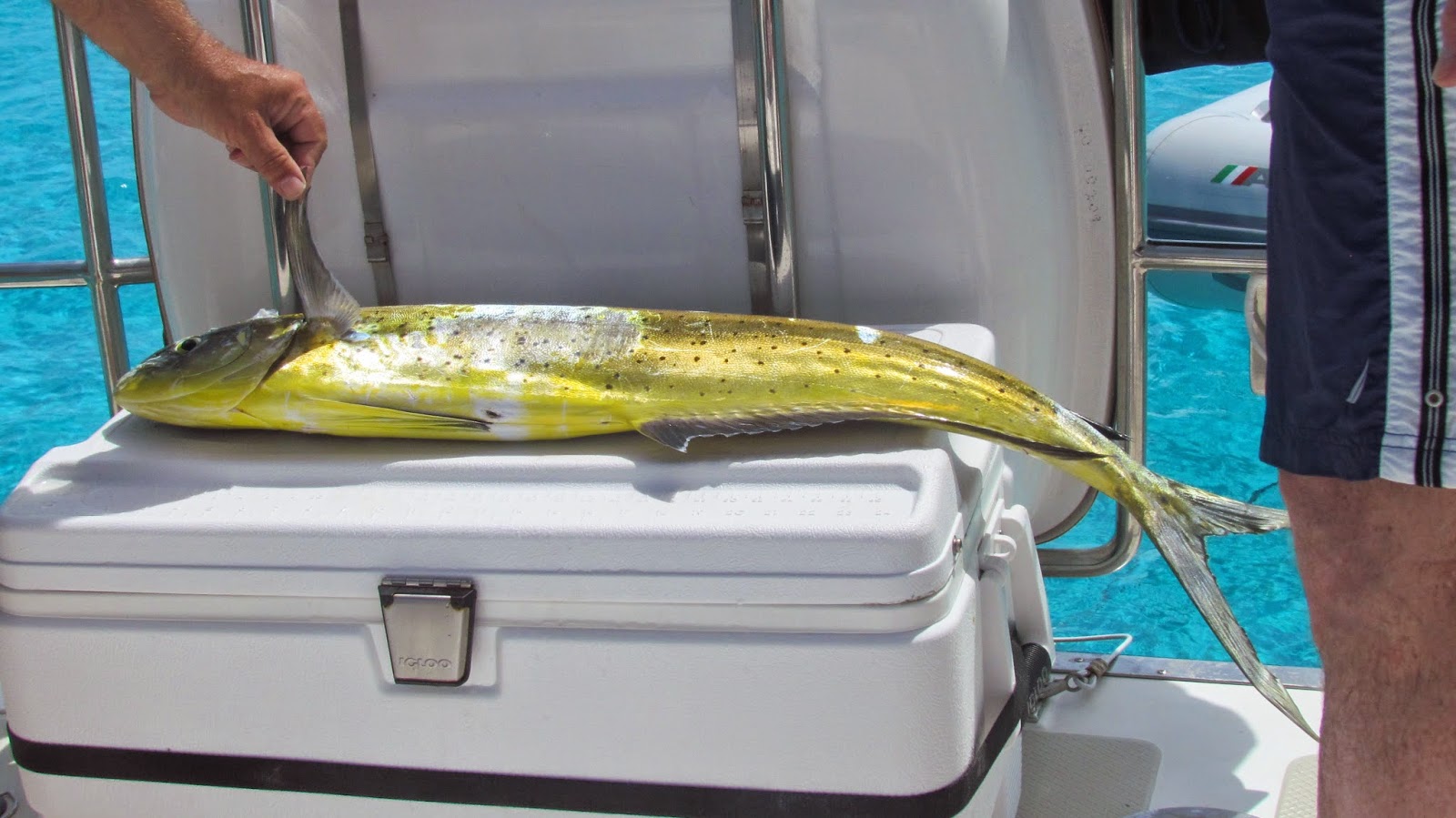 First time ever, we visited Atlantis at Paradise Island and the aquarium. Interestingly they have a very bizarre business model, if you want to get in to the aquarium you have to buy a ticket – ok, but they will only sell tickets to folks who arrive off a cruise ship, are staying in the hotel or have a boat in the marina! Lucky for us, a friend was at the marina and let us use his access card to gain free access! It is an amazing aquarium and the tanks are beautifully built as if you were in the sunken city of Atlantis. 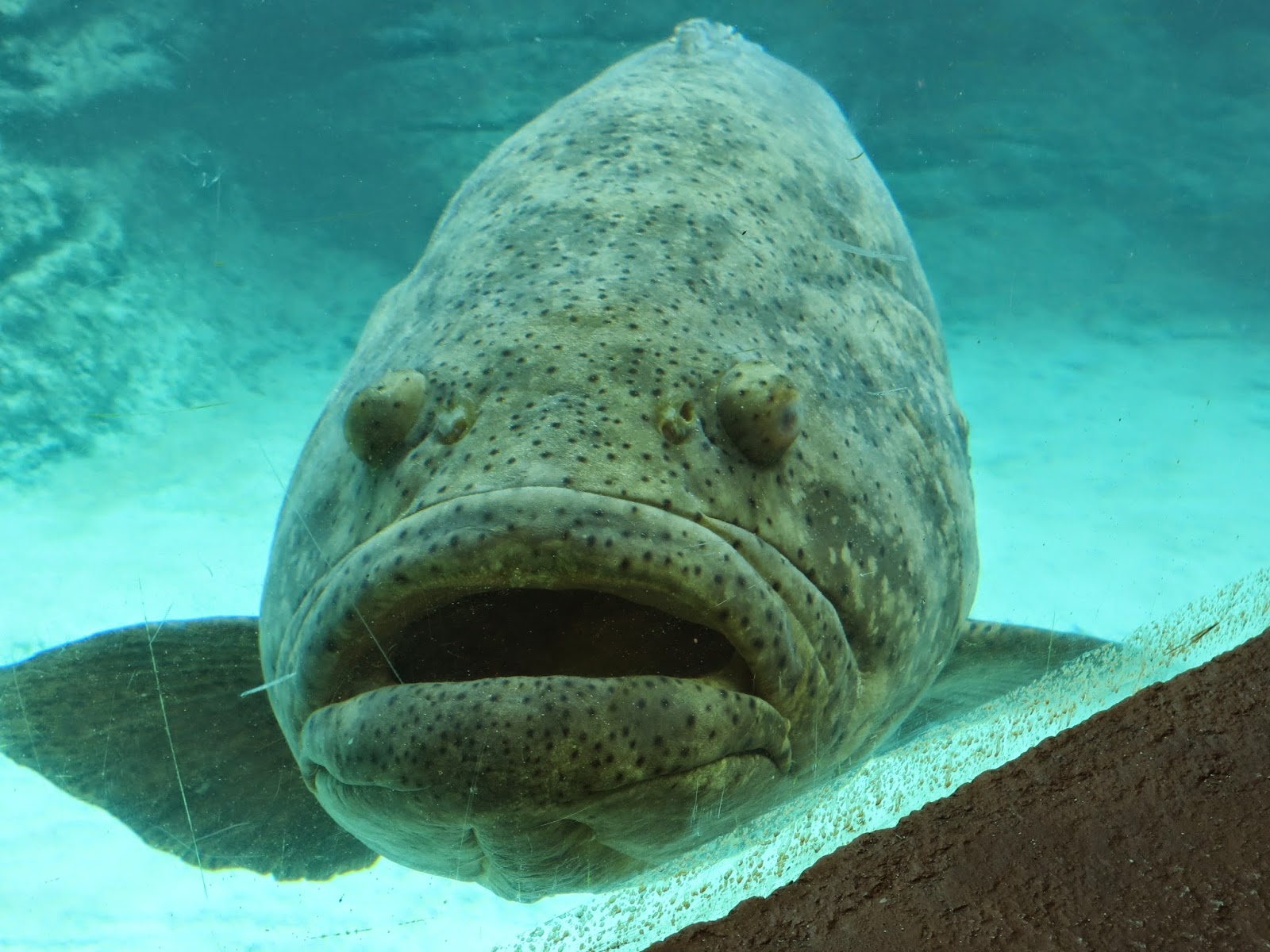 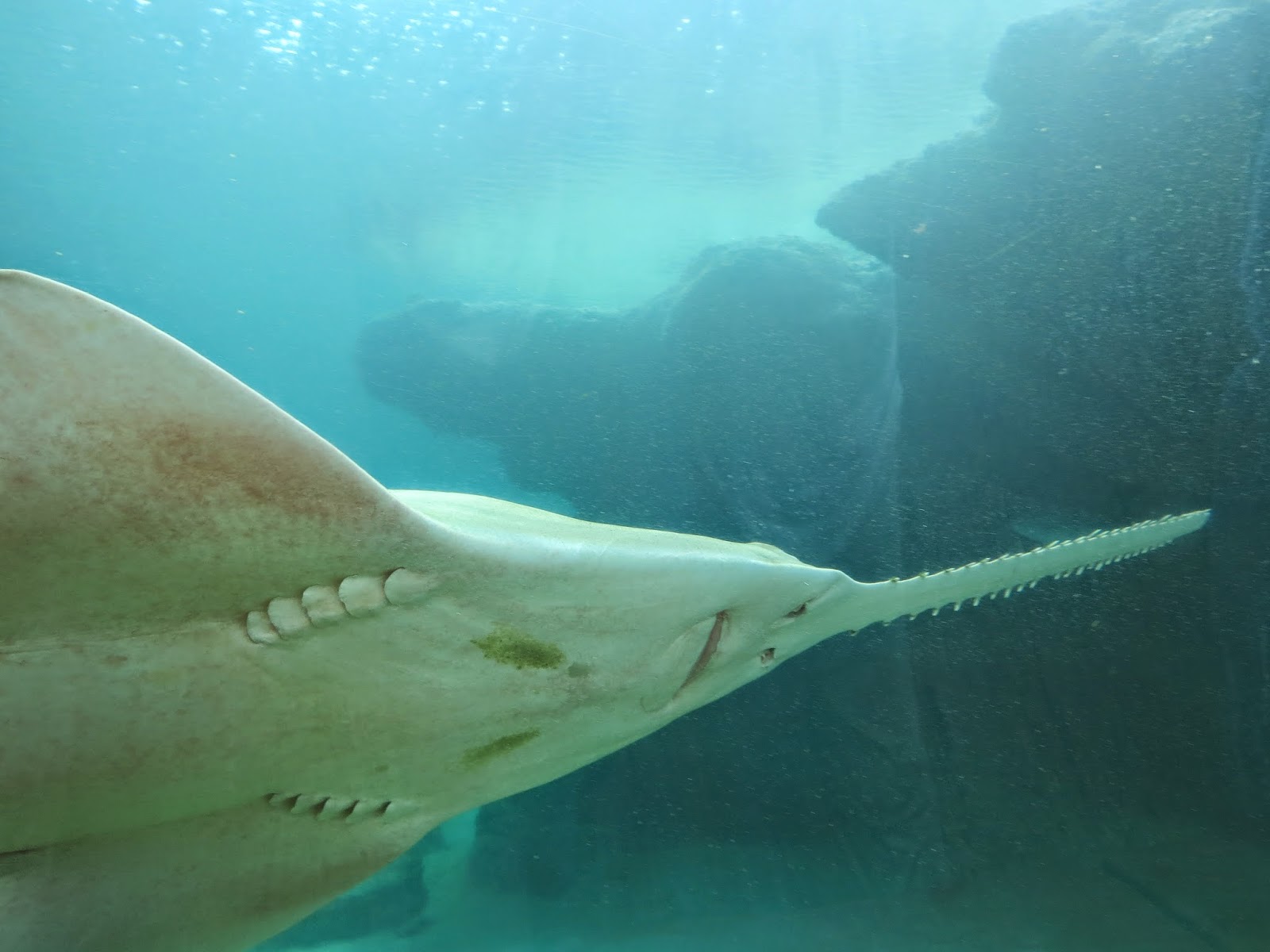 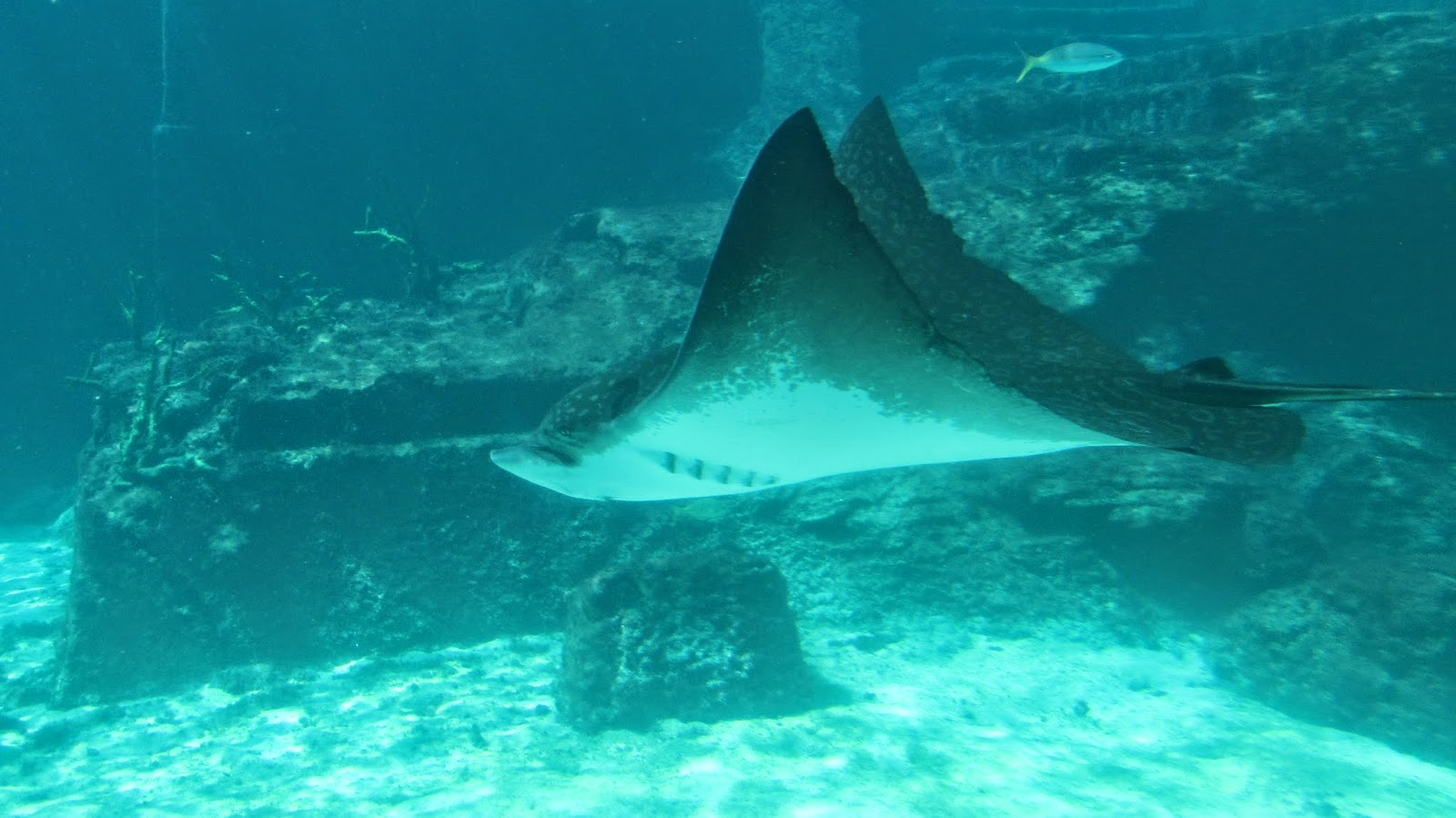 If you go after 6PM, nobody checks and you can walk through the aquarium for free! It offers a different perspective without the sunlight in the tanks.

For the first time in my life we witnessed 3 funnel clouds – water tornados in the same afternoon – we were moored and a safe distance away but it was disconcerting to say the least! 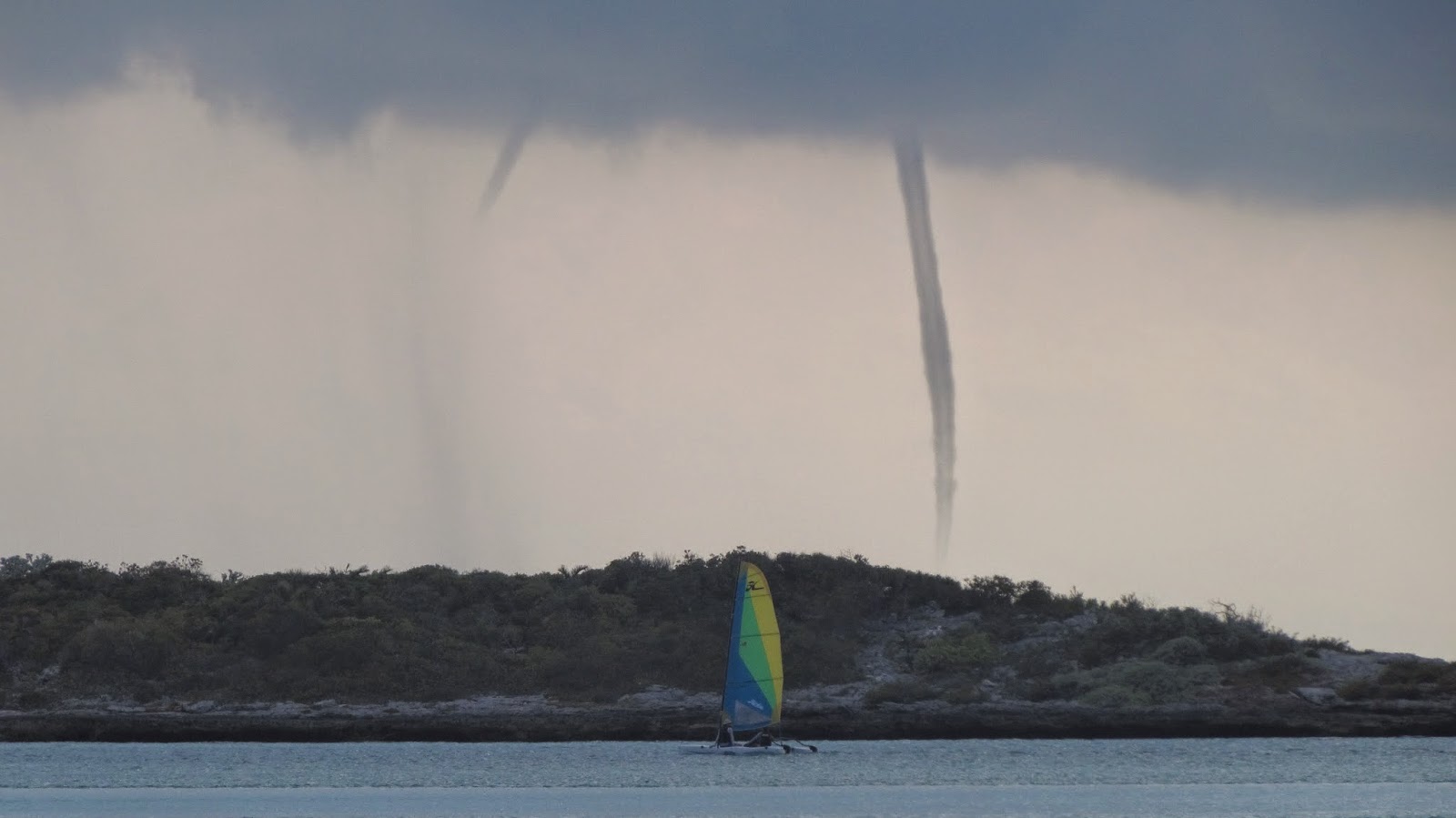 Our return to the US East Coast is starting to take shape. We have to make a stop in either Stuart or St. Augustine Florida as the main engine has developed an oil leak that will require potentially pulling the engine from the boat. Yet another surprise gift caused by the boat being so lightly used by the previous owner. Another confirmation that diesels much prefer to work than sit idle.

We will be flying back to Montreal April 1 so that we can visit with a very special new grand daughter, Clara was born March 12th. Soooo excited to see her! We will be back on the boat April 8th.
Posted by Merrill at 1:16 PM