Ambition spent her first winter in Canada and she certainly hopes it will be her last! While spending a few months at Marina Gosselin she enjoyed a few months in the shop for some long awaited additions, improvements and repairs. The largest change was the addition of a SS arch integrated with the stern rails. That gave us the chance to add two 175W solar panels, a Wind Kinetix 400W wind generator which is planned to make us completely energy autonomous.  The Fusion sound system bluetooth and controlled via the NEMA200 network / Garmin chart plotter for tunes throughout the boat. New SS hand rails on the deck to replace the teak ones that had passed their prime - one less major maintenance item behind us. The lifelines have been upgraded to no-covered SS wire - the old ones were starting to corrode - this will make sure that we are safe from an accidental overboard situation, if one of them broke under our weight. Tons of small gel coat cracks have been patched - it is always difficult to know which cracks let water in the deck core and which ones don't - check - no chance of water infiltration. The lexan hatches had started to leak and crack after years of being baked in the southern sun and heat - replacements installed and looking so clear! The Icom SSB is back in working order with a new antenna tuner so here is hoping that this will have solved our reception problems and we will be able to receive the radio calls, weather reports and emails via Pactor modem.

A couple of photo's of Ambition back in the water and her mast set-up on deck. Next stop is Shelburne Shipyard to have the mast made vertical for a summer of sailing. We can't wait to actually have Ambition sailing again - it has been almost 12 months since wind moved her effortlessly along. 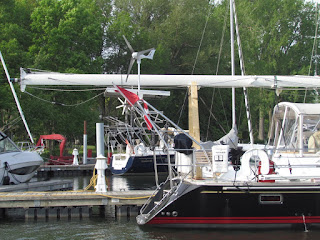 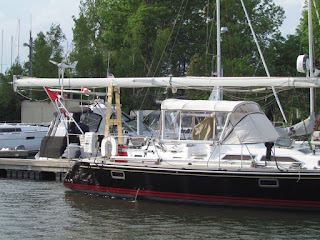 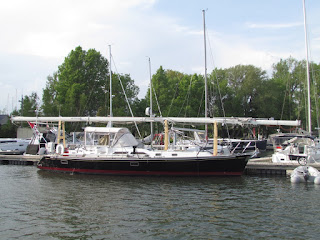 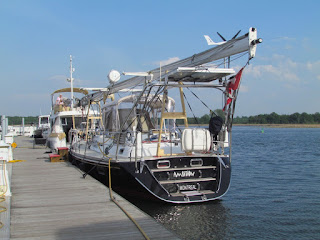 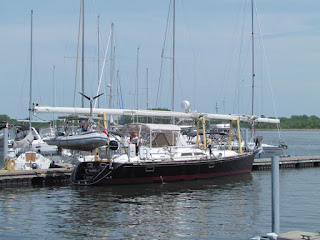 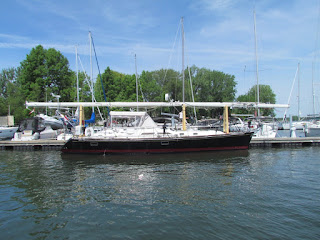 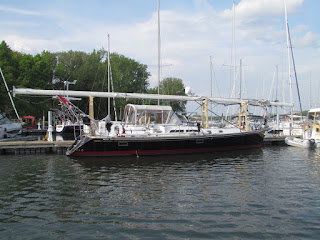 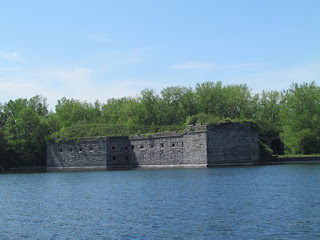 Old Fort Montgomery built to protect Canada from invasion from the south but strangely enough today is sits in the USA!
Posted by Merrill at 6:59 PM