The sail from Portsmouth to Roseau, the capital of Dominica was a quiet one. being in the lee of the island.  Three hours later we contacted Marcus, apparently the main boat boy in town for a mooring ball. Anchoring here is almost out of the question as the water depths are 80+ feet deep right up close to shore. 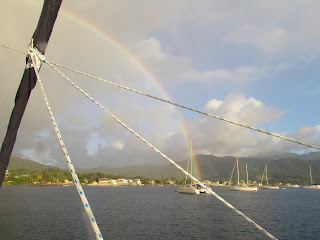 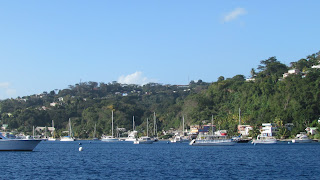 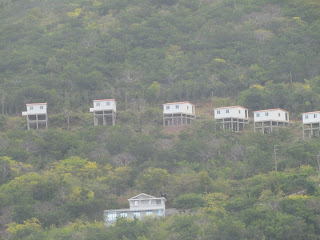 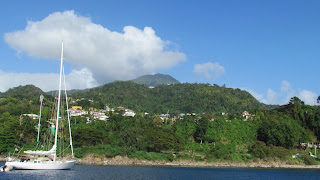 We did take a long walk through town and visited the Botanical Gardens – a rather small but pretty retreat dating from 1890, on the outskirts of town. 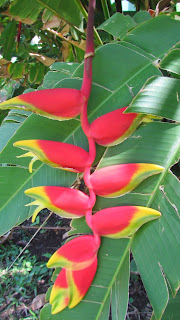 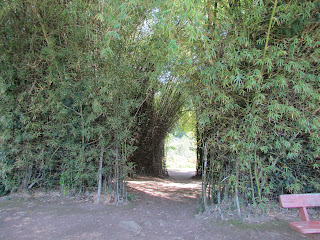 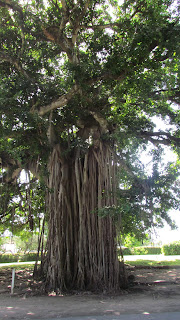 The two main attractions were the two Jaco parrots that are the National bird of Dominica and are at the center of their flag. 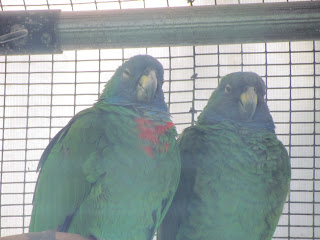 Also a rather interesting item of a school bus that was flattened during hurricane David in 1979 by a baobab tree – the bus was empty at the time!

We had considered taking tour of the southern end of Dominica however the rain was still forecasted for every day for the near future so we decided to save a bunch of touristy item for our return to Dominica another season.